Right onto the interesting stuff now, the games I play. Unfortunately this is an ever growing list, however of late I have been making a concerted effort to only buy games that I am sure I am going to play....... at some point.

Firstly the main staples for myself currently consist of the following three;

Dystopian Wars - a 1/1200 scale steampunk 1800s wargame made by Spartan Games. I won't hold back, I love this game. It has a great ruleset, a huge range of fantastic models and it is one of the most balanced games that I have ever played. Currently this is my largest collection of miniatures, comprising of models from seven different fleets with the largest having more models that I could likely ever put on the table at one time.

Infinity - a 28mm science fiction skirmish wargame made by Corvus Belli. This is a fantastic, complex game that I got into when they released their new version about two years ago. The core mechanic is relatively simple, the complexity comes from the vast variety of actions that models can perform both in their own turn and their opponents. This collection consists of three different factions, and I will admit that it has been a significant struggle to limit it to three. Corvus Belli make absolutely gorgeous models and I find it very hard to resist buying more factions. 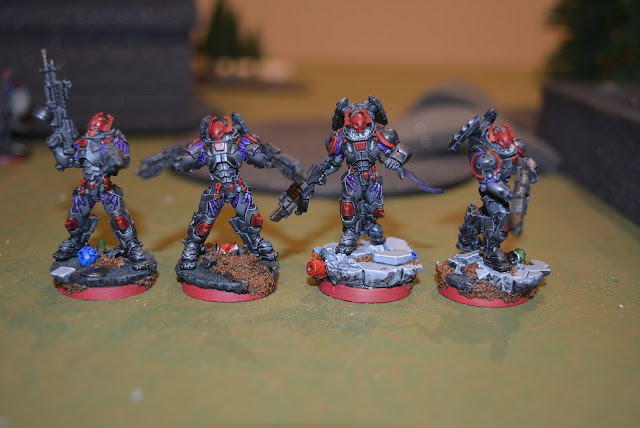 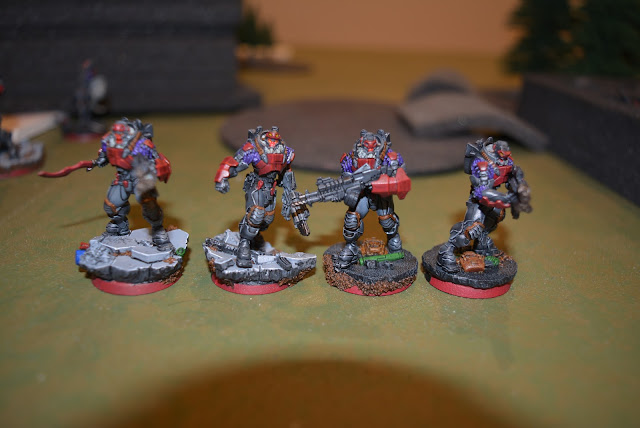 Sharp Practice 2 - this is a black powder era wargame produced by a company called Two Fat Lardies who are primarily produced rule sets that can be used with any miniatures, they don't produce their own line of minatures. My friend Giles and I have only just recently purchased this game and the models, from Perry Miniatures, but we have definitely both become enamored with the rule set. Again the core rules are fairly simple but they are very focused on characters and officers controlling your groups of soldiers, this leads to a very story laden and rich game experience.

Lastly there are numerous other rulebooks and miniatures for games that I haven't managed to play yet which are laying around the Room.

So as you can probably tell I have a little bit of a problem regarding the ratio of games that I collect and would like to play compared to the games that I actually have the time to play. However like any dedicated wargamer this will not dissuade me from buying more games and miniatures in the future................. bring on Sword and Spear!